Myanmar is the hidden jewel of Asia, cloistered away from the world for almost 50 years, just now rejoining the world stage as it transitions from military dictatorship to democracy. When President Thein Sein’s government came to power in 2011, Myanmar launched policy reforms that included anti-corruption, currency exchange rate, taxation, and investment laws. However, Myanmar is still recovering from long years of ethnic conflict with many displaced persons in border areas as well as the impact of economic sanctions imposed by the European Union and the United States due to human rights infringement and governance issues.

With a population of  53 million people, about one quarter of its people live in poverty. The economy is driven largely by agriculture (rice production), precious gems and minerals, teakwood, rubber, garment production, and natural gas fields. 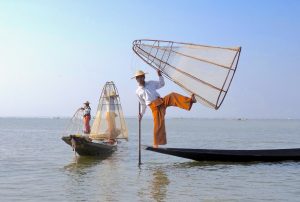 The large majority of the population consists of subsistence farmers or fishermen. Myanmar is organized into seven mountainous states representing the eight main ethnicities and 130 ethnic groups identified by the Burmese government. Dominated by the presence of the beautiful Ayeyarwaddy River, its path cuts through the center of the country from north to south, emptying in the Andaman Sea. 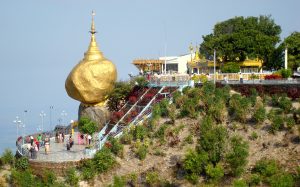 The primary medium of instruction and the official language is Burmese, but English is spoken by the educated urban upper class and is taught as a secondary language in government schools. The dominant religion is Theravada Buddhism with over 90% of the population adhering to its tenants. Monastic schools are responsible for the education of many children in Myanmar. 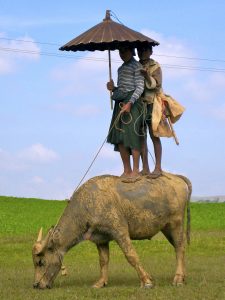 The tourist industry has exploded since the government relaxed its grip on political prisoners and released Nobel peace prize winner Aung San Suu Kyi from house arrest.  Censorship policies were relaxed in 2011 and a culture of free press is struggling to come to light.  With these positive changes and improving options for the economy, the price of hotel rooms in Yangon and Mandalay has tripled and tour companies are scrambling to catch up with the booming travel industry.  Myanmar is standing at the crossroads, faced not only with newfound economic opportunities but also with danger of exploitation, unregulated/unplanned growth and continued corruption as it pursues a new path forward.