Nget Pyaw Daw Monastic School is located in southern Myanmar. The Sayadaw (head monk) founded this Monastic School in 1998 with 4 teachers and began by teaching Grade 1 to Grade 5. Since that time, the Monastic School has been providing free education to the children of poor families around the region and those who live nearby as well. The goals are to train young children in order to become educated with good manners and good hearts so that in their future they can serve and help their country and each other.

In the 2013-2014 academic year, the Monastic School provided free education to 270 children from Grade 1 to Grade 9 with 12 volunteer teachers.  Moreover, among 270 students, 70 ethnic children from remote areas (deep jungle) were staying as boarding-school students at the Monastery.  They are provided with food, clothing and simple accommodations, etc.

According to the Sayadaw, after completion of the separate female dormitory building, he could accept more female students in the next academic years, for which there is already a request from the community.  Moreover, villagers, female students’ parents as well as the School Committee had wanted to build a girls’ dormitory building because it’s inappropriate for the girls to be living so close among the novices and monks in a Buddhist Monastery without a separate building.  The local community has donated what they can and Myanmar Children’s Foundation (MCF) stepped in to help with the rest.

MCF’s Travel with a Purpose group (16 people), who ventured to Myanmar in November 2013, chose Nget Pyaw Daw as their charitable focus.  The travel group held a major fundraiser in October 2013 to raise money to cover the cost of the dormitory construction.  It was hosted by Davis City Councilman Lucas Frerichs and his wife Stacie, assisted by a large team of volunteers, raising over $12,000. Click here for more info.

The MCF Country Director oversaw the construction of the dormitory and worked with local craftsmen and local materials to complete the building.

Karen dancers entertain Travel with a Purpose group from California 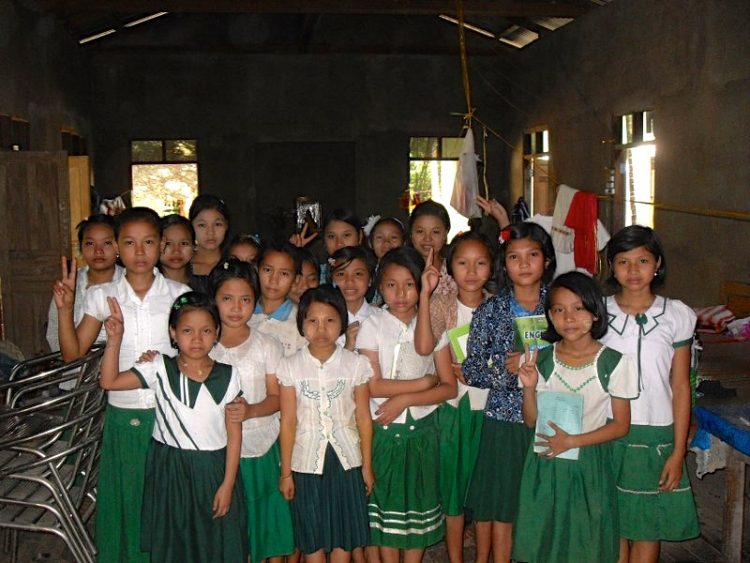 Inside the new dormitory 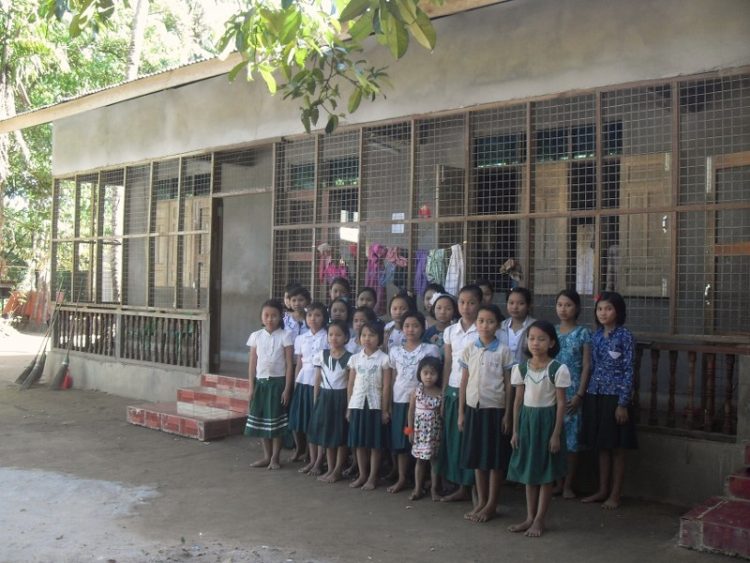 Outside the new dormitory. 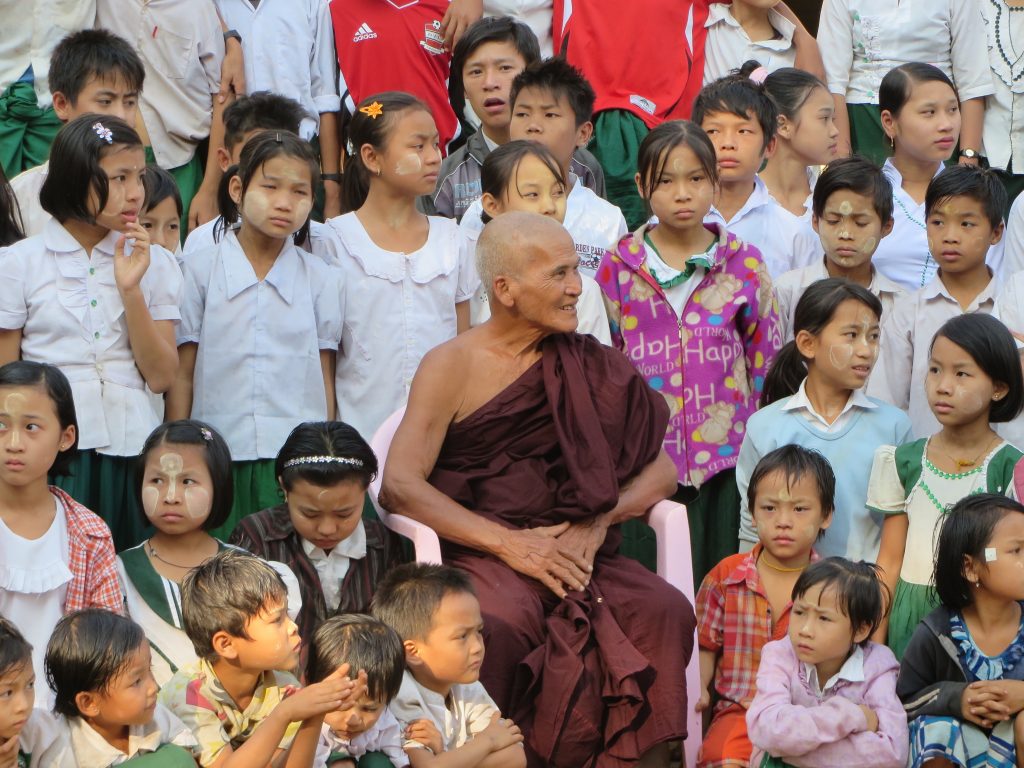 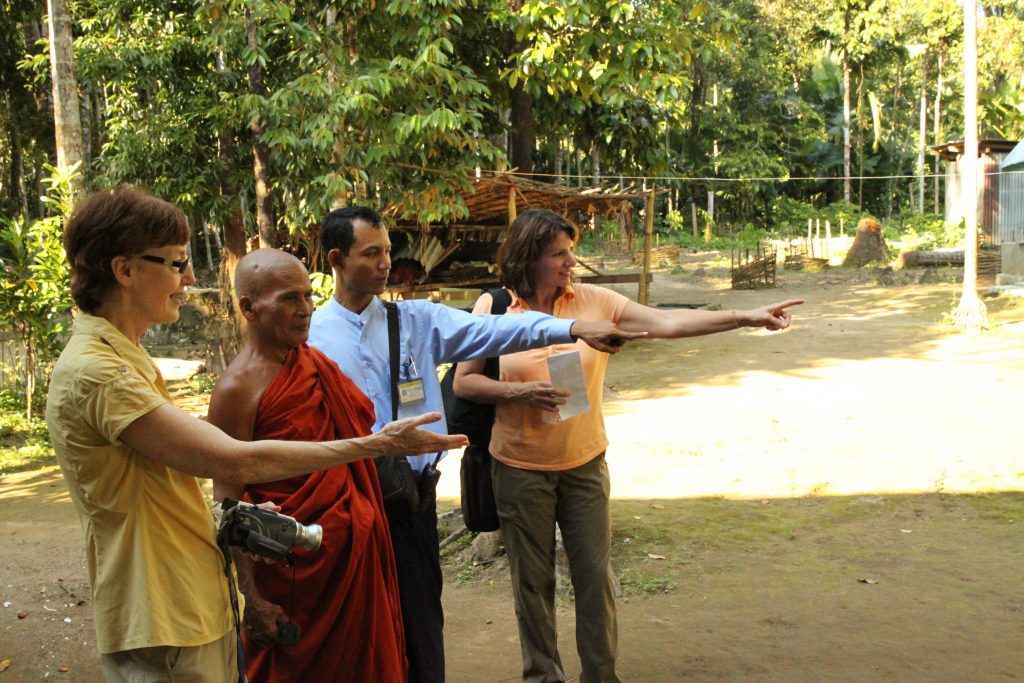 Teachers with Mr. King and monks 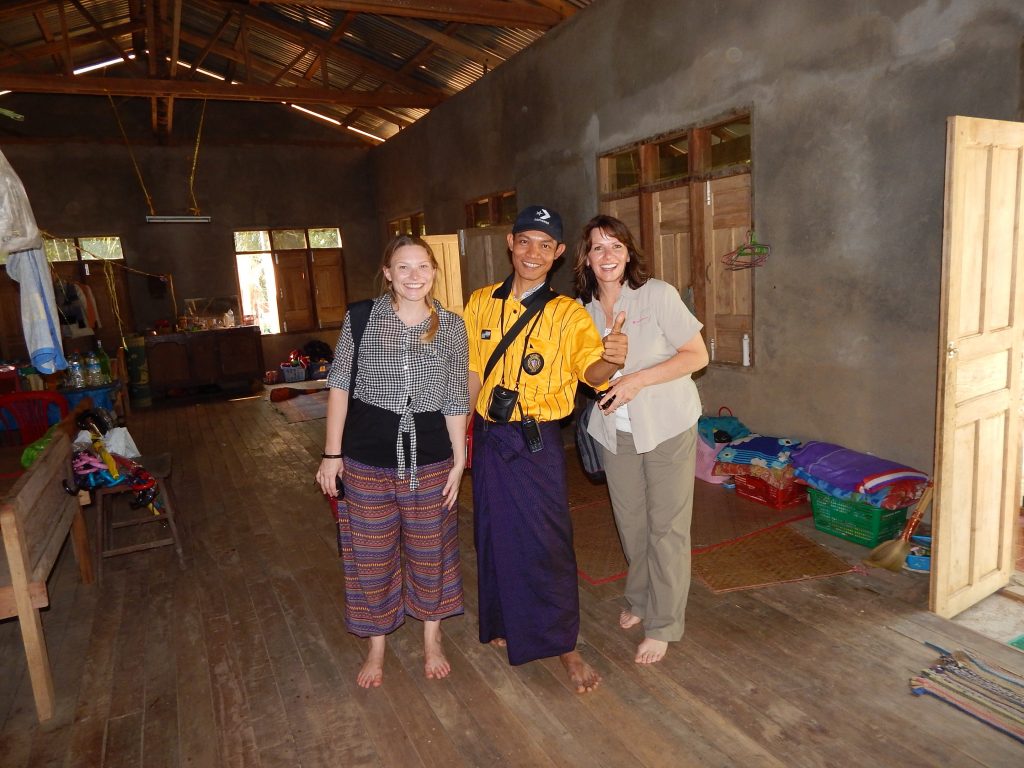 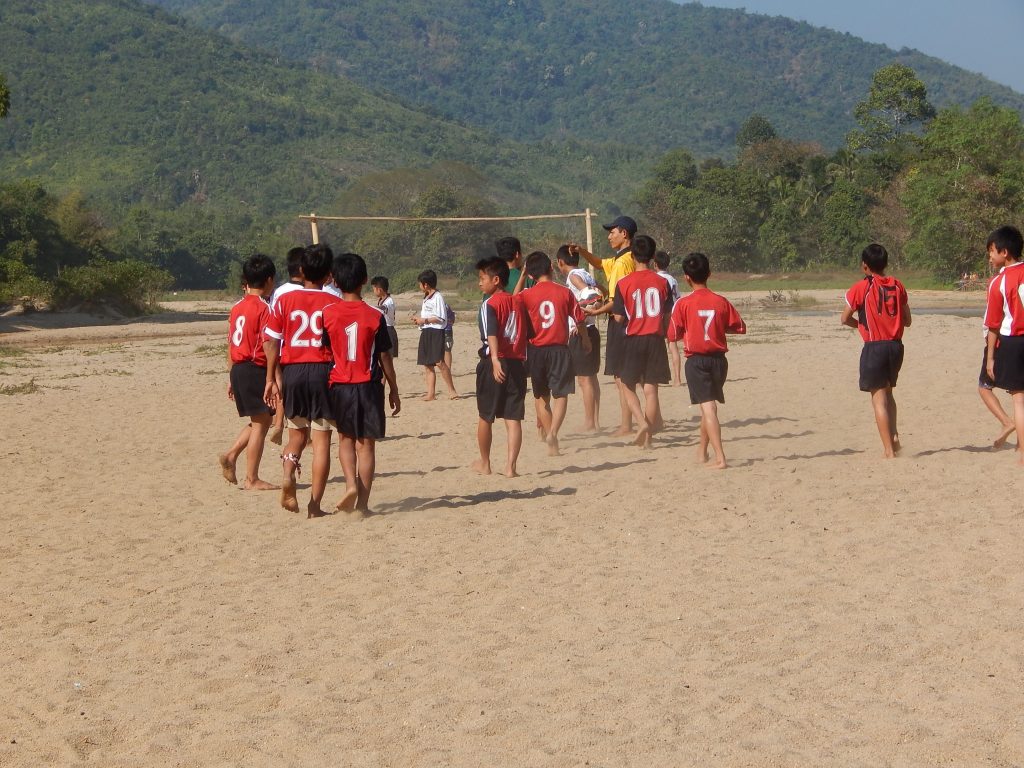 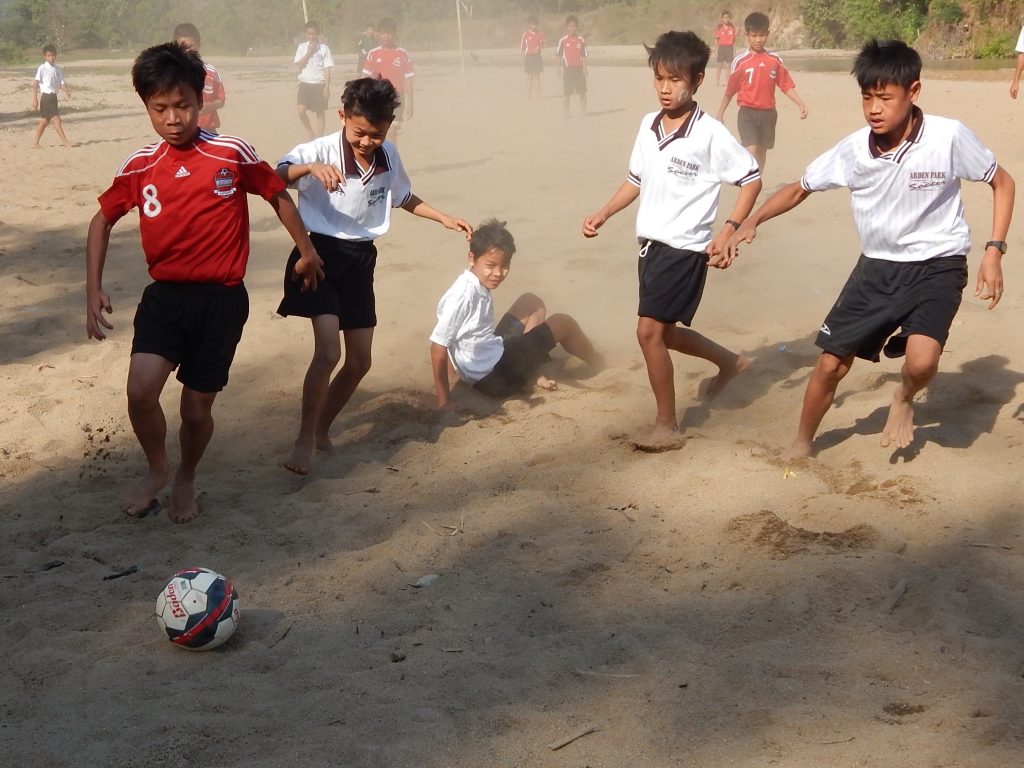 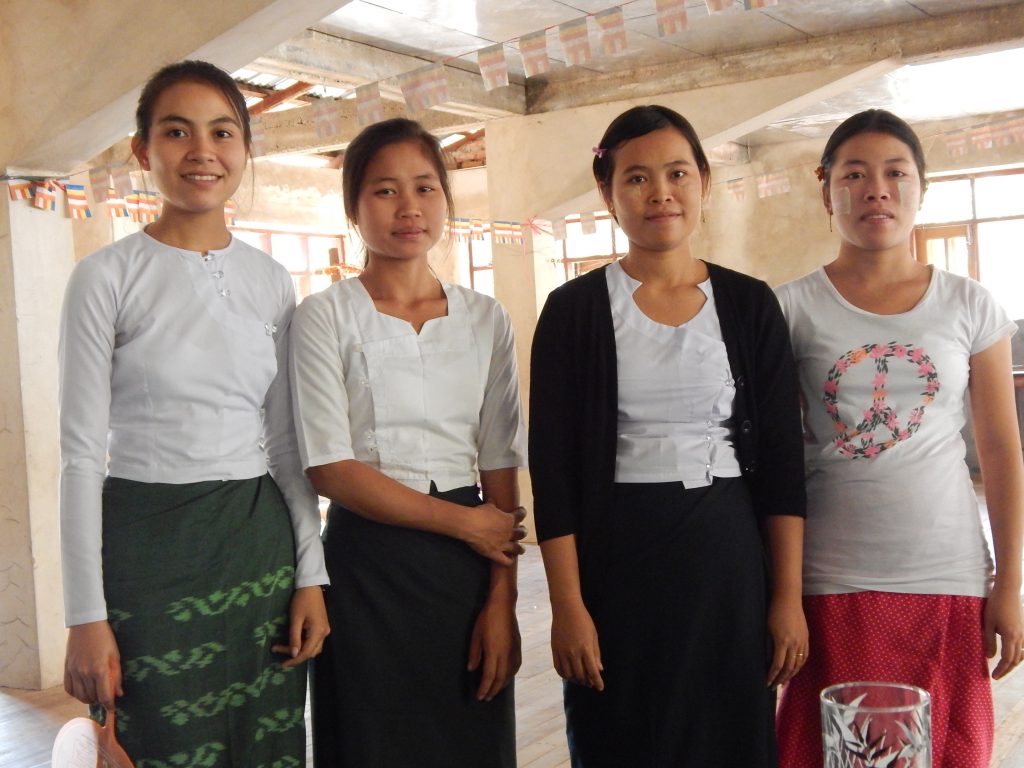